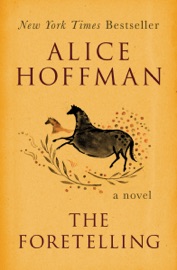 New York Times Bestseller: A lyrical, suspenseful coming-of-age story based on Greek myths of the Amazons, woman warriors living near the Black Sea.

Born out of sorrow in an ancient time of blood and war, Rain is a girl marked by destiny. Her mother, Alina, is the proud queen of a tribe of female warriors, yet she refuses to touch or even look at her only daughter. So Rain draws on the strength and knowledge of her Amazon sisters to learn the ways of her people: how to carve spoons out of bones, ride her white horse as fiercely as a demon, and shoot an arrow straight into the heart of an enemy.

Determined to win her mother’s love and take her rightful place as the next queen, Rain becomes a brave and determined fighter. But the dream of a black horse clouds her future, portending death. As one devastating battle follows the next, Rain hopes for a different life for her tribe beyond never-ending bloodshed. Peace, mercy, and love, however, are forbidden words in her language—can Rain teach her sisters to speak in a new tongue before it’s too late?

Inspired by Greek legends and recent archaeological discoveries in Russia and Ukraine, The Foretelling is a breathtaking achievement from the bestselling author of The Dovekeepers.