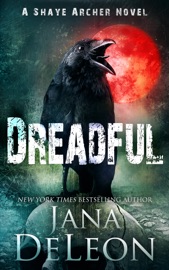 Now you see me…

Six years ago, five friends went to New Orleans for Mardi Gras. Four of them returned. One simply disappeared. Jenny Taylor has never gotten over the disappearance of her twin sister, Caitlyn, but now things are even worse. Caitlyn calls to Jenny in her dreams, begging her sister to find her. But Jenny’s memory of the entire night is completely gone.

Shaye Archer knows better than anyone what it’s like to have gaping holes in your past, and how horrific dreams can cripple you. But this case presents problems on every level. An adult woman disappearing from the French Quarter during Mardi Gras is hard enough to get answers for, but when it happened years before, the difficulty level increases exponentially. But Shaye’s empathy for Jenny prevents her from saying no, even though she doesn’t expect to find anything.

Then a witness is murdered, and Jenny’s memory starts to return. What did she see in the alley that night? And how many more are in danger because of it?