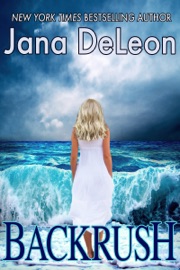 The sea heals all things.

Tempest Island has weathered the worst of storms and still stands proud, providing its residents with the healing power of the sea and sun. When Alayna Scott’s life falls spectacularly apart, both professionally and personally, the executive chef’s only thought is getting back home to the island and her aunt Bea. Between the two, she hopes to put the past behind her and figure out how to move forward.

After being injured during a mission, Navy SEAL Luke Ryan is at a crossroads concerning his future and recognizes that his new neighbor is on a similar journey. But in addition to being in a state of flux, it’s clear to him that Alayna is worried about something besides her future, and Luke wonders what kind of secrets are behind the fear she’s trying to hide. When Alayna’s past comes rushing in, attempting to pull her under, Luke wants nothing more than to help her make it through this storm and on to calm waters.

But are Luke and Tempest Island enough?