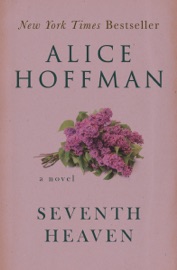 On Hemlock Street, the houses are identical, the lawns tidy, and the families traditional. A perfect slice of suburbia, this Long Island community shows no signs of change as the 1950s draw to a close—until the fateful August morning when Nora Silk arrives.

Recently divorced, Nora mows the lawn in slingback pumps and climbs her roof in the middle of the night to clean the gutters. She works three jobs, and when her casseroles don’t turn out, she feeds her two boys—eight-year-old Billy and his baby brother, James—Frosted Flakes for supper. She wears black stretch pants instead of Bermuda shorts, owns twenty-three shades of nail polish, and sings along to Elvis like a schoolgirl.

Though Nora is eager to fit in on Hemlock Street, her effect on the neighbors is anything but normal. The wives distrust her, the husbands desire her, and the children think she’s a witch. But through Nora’s eyes, the neighborhood appears far from perfect. Behind every neatly trimmed hedge and freshly painted shutter is a family struggling to solve its own unique mysteries. Inspired by Nora, the residents of Hemlock Street finally unlock the secrets that will transform their lives forever.

A tale of extraordinary discoveries, Seventh Heaven is an ode to a single mother’s heroic journey and a celebration of the courage it takes to change.

“Part American Graffiti, part early Updike . . . Simultaneously chronicles the coming of age of a group of teenagers in a Long Island town, and the gradual dissolution of their parents’ repressed, middle-class world . . . A parable about changing times and changing values.” —The New York Times

“Before you know it, you’re half in love with the ordinary people who inhabit this book; you’re seduced by their susceptibility to the remarkable.” —The New Yorker

“A major accomplishment.” —The Boston Globe

“Brilliant and astonishing . . . Suffused with magic. If ever a book deserved to be called ‘haunting,’ this is it.” —Cosmopolitan

“Terrific . . . Seventh Heaven is one of those rare novels so abundant with life it seems to overflow its own pages.” —Newsweek